Since yesterday’s post was all about the birthday boy, I thought I would fill you in what else is happening in our lives. There is never a dull moment around here.

Last week was our first MOPS & MOMSnext craft meeting. We made floral headbands that turned out beautifully. The moms really loved the craft and the time to mingle as they worked on their projects. I often sit and talk during our craft meetings. Having quiet conversations around the table with no agenda other than connection is totally my thing. October is a full month for MOPS & MOMSnext with our first craft meeting, but also our first guest speakers joining us next Monday. We have two fundraisers this month. Plus we launched Operation Christmas Child at our last meeting as well. And we have an outing to the pumpkin patch. So yeah, just a few things going on there…

Tuesdays are quickly becoming a favorite day for me! I love volunteering at Owen’s school. The kids now get excited to see me enter the classroom. It’s been great to build relationships with the kids as well as Owen’s teacher. This is such a purposeful ministry for me. I get to help with reading which is something I’m passionate about, but I’m also being a light to these kids through my kindness. I certainly don’t preach at them, but I want them to know that I am safe person.  This last week Owen’s teacher had the parents send in supplies to make pizzas for snack and I got to make one alongside the kids. Talk about tasty and rewarding!

Thursday was a big day. We had the flooring installers come back out after the last big fix didn’t work with our flooring situation. The installers are stumped as to why the product keeps breaking. It’s most likely a failure in the product itself. They started to rule out other issues – like the structure of the house. Turns out our house is well built and that is not the problem. Praise the Lord. Tensions are high because ultimately the best fix is to replace the entire floor. The installers are done making small fixes that don’t matter. Jeremy and I are of the opinion that we won’t settle for broken floors. All I can say was that Thursday was tense as we discussed what was going on with our floor.

I had to leave for a field trip while the flooring guys were at the house. I had confirmed the time of pumpkin patch outing right when the request went out. I wanted to make sure that we were leaving the school at 10:30am. The teacher confirmed the time and I agreed to come along. I was excited to ride the bus with Owen and participate in the first field trip of the year. When I arrived at the school, I saw a bus was being loaded. It was 10:20am and I knew multiple classes were going on the field trip, so I quickly went up to Owen’s classroom to see if he was there. The classroom was empty so I practically ran through the halls back to the parking lot only to discover that the bus had left without me. I was upset. Very upset. I had promised my kid that I would ride the bus with him as a part of the experience. I drove myself to the pumpkin patch and I got there right when the bus did. As soon as Owen was off the bus he was all upset about how I didn’t ride with him. I told him I was sorry to disappoint him, but the bus left without me. It turns out that there was substitute teacher that day. While she had a list of the chaperones that would be riding, apparently she didn’t check to make sure that all chaperones were accounted before leaving.

The pumpkin patch situation is very hard on my personality type. I like to be punctual – in fact, being early is on time for me. I arrived 10 minutes before the departure time that I had confirmed with the teacher. I’m not sure if the other parents received different information, but I was shocked to find that despite being early, I was left behind. I don’t like messing up, even though it wasn’t my fault. I also don’t like disappointing my kid. Owen asked if I could ride the bus back with him, which of course, I couldn’t since my van was now at the pumpkin patch. He asked if he could ride back to the school with me which the substitute informed us he could not. I understand and respect school policy. I felt bad that Owen was looking for anyway possible to get extra time with me.

Despite the bus drama, I had a good, but wet time at the pumpkin patch. Again it was fun to hang out with Owen’s class. And I got to meet a few other parents who tagged along. To salvage Thursday, we had a Burger King play date with friends after school. The friend we met up with a had a birthday party at the same time as Owen & Graham’s family party. This play date was a special way to see this friend and give him his gift since we couldn’t make it to the party. The friend also gave the boys party favors since they couldn’t attend the party.

Thursday evening we had a ministry dinner for pastors that we declined attending. The flooring was a big unknown and we didn’t know what condition our home would be in that evening. Also we keep the boys up late on Wednesday nights because of church. This dinner would mean another late night by the time we picked up kids and got them home to bed. We couldn’t justify two late nights in a row. Before school a late Thursday night meant we could be lazy on Friday morning, but that is no longer our schedule. I struggle with wanting to be at all things possible, but now we have to protect our evenings from being too late. Owen has even stopped coming to MOPS & MOMSnext with me on Mondays so he can go to bed on time.

To keep the pumpkin theme of the day going on Thursday, we carved our pumpkins that we got at the corn maze. Owen’s white pumpkin turned out to a bit tricky. The white shell was harder to cut and the inside of the pumpkin was so stinky. Owen was supposed to have a train on his pumpkin, but it cracked during carving and Jeremy transformed it into an alien. Thank goodness Owen loved the alien and handled the change of plans well. Graham’s warty pumpkin was perfect for using one of the big warty bumps to make a nose on the pumpkin. He came up with that plan all on his own. I thought it was very creative!

On Tuesday and Wednesday, I made a bunch of butter cookies and frosted them for my church girls. They weren’t professional by any means, but very tasty. Then when I met up with my forever friend, Maggie, on Friday she gave me her very lovely cookies as a treat. She has been working on her home baking business and has learned so much about decorating adorable cookies. We ate one of her cookies before heading to lunch. Then after lunch we ordered cookies for dessert at the restaurant.

It as fun to meet up with Maggie at the mall. I felt a bit silly, but I told her that all I’ve done lately is church, school and errands. I wanted to see a store other than Costco. I had a great time walking around The Container Store especially. I had two items that I’ve wanted after reading The Home Edit this summer. I scored awesome tote hangers for my closet and can shelving for my pantry! Despite the weather and the traffic, time with Maggie is always worth the drive. I am thankful for her friendship. And her cookies. Who wouldn’t love a week full of cookies?!

Despite the change in the weather, I love my daily walks to and from the bus stop. Something about fresh air and exercise!

A few of my cookies that I made for church. 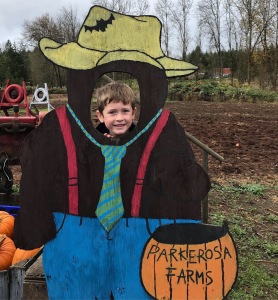 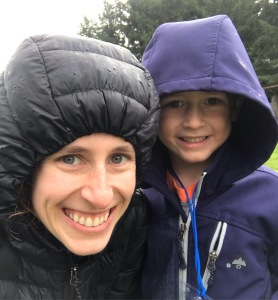 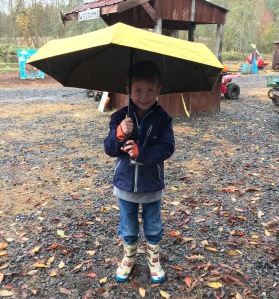 Pumpkin Patch Field Trip – this umbrella might be the best $10 I’ve spent on Amazon. It’s getting lots of use. 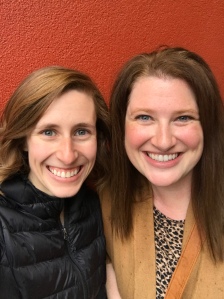 A special day with Maggie May!

A great way to end any meal!

I love these tote hooks from The Container Store. There unique shape works great for holding bags and looks classier than using regular hangers. I’m in love! 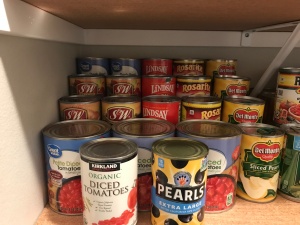 I was cautious and only bought one of these can shelves, but I am now sold and must get more! I love being able to keep track of all my cans in a glance!