Okay, summer might not officially start until later this week, but we are 100% in summer mode now. Owen just wrapped up his last week of school. Most of our friends were already out of school, so we kept the school schedule while making time for some fun play dates.  We got introduced to the concept of slip & slide thanks to our friend, Harper. We went to the river to swim with friends. We made personal pizzas and did a movie night with another set of friends. It was a good week and a the perfect way to wrap up the school year and welcome summer.

Friday was Jeremy’s day. To make sure that he got a full day to celebrate Father’s Day, we decided that Friday would be his to plan. He had lots of ideas that he dangled in front of us. He didn’t tell us until Friday morning where we were going. He decided to do drive down to Portland, OR to do the historic waterfall highway. Due to a terrible fire a few summers ago, this highway has been off limits. The boys and I were able to visit Multnomah Falls last summer, but none of the other waterfalls were open. This time we visited all the other waterfalls and not Multnomah Falls. We got to Multnomah Falls around 10am and the parking lot was already full with a huge line up of cars waiting to get in. We decided it wasn’t worth it to fight for a parking place.

I was very impressed with the boys on this trip. We hiked to see many of the waterfalls and the boys were trailblazers. No complaining! Graham only asked to be carried once at the very end and even then he accepted us saying no and finished the hike on his own. It was a great family outing and a reminder that our boys are getting bigger and they are able to do more. We took Jeremy to a late lunch at Cracker Barrel and then did a little shopping. We got Graham a step stool for his bed so he can be like Owen and have his bed frame assembled. The frame makes the bed really high so Graham has been using his mattress on the floor. After 9 months of not falling out of the bed, we decided he could take the next step. We also started by Target to find a slip & slide of our own. Owen is thrilled!

Saturday was a clean around the house and read a book day for me. Perfection! Jeremy took the boys to a work party at a local park where they like to fish. The boys helped pick up trash. Then the boys took off for an adventure to put trail cameras out on hunting trails. They came home little dust balls. Jeremy sent me a video of them kicking up dust as they walked. They reminded me of Pigpen from the Peanuts because they literally had a cloud surrounding them. While the boys were out, I cleaned up and sold Graham’s crib to some friends. It’s been sitting dismantled in our garage for some time and it was the last “baby” item to go. When we saw a friend requesting a crib on Facebook, we jumped at the chance to clear out some garage space. It feels a tiny bit sad to part with the crib, but since we’ve gotten rid of everything else that is baby related, I’m glad to have it all gone now.

Father’s Day was Sunday. We had a fairly regular morning at church and then came home for nap time. Once the boys woke up, we headed over to my parent’s house for ribs. My dad was very kind to make us a tasty meal on his special day. After dessert, we took a walk down the street to say hello to some neighbors from church. We stopped at one house to see a fish pond and swing on a super tall swing set. Then we continued further down the road to see bunnies and horses at another house. It was a fun walk and the kids loved the adventure. Even though we’ve lived here for over an year, we’ve never walked down to see the neighbors. It was the perfect way to wrap up a family evening together.

Today is our first day at home together for summer vacation. It’s had it’s ups and downs. We are going through a Summer Brain Quest book. It’s made for in-between grades so we have one for in-between preschool and kindergarten. The boys were very into it and we had a great time of learning this morning. Then we played… which means the kiddos just can’t keep their hands to themselves… Then we moved on to some chores which they also weren’t too into. I’m struggling with indoor chores these days because my boys are so into being outside right now. We’ve talked about chore attitudes. We’ve had a timeout from brotherly play to give space from one another. Today is the only morning we have at home until Friday. I’m sure getting out of the house and mixing things up will help with the energetic and adventuresome boys. Not mention it’s warming up and the sun is now out. They’ll happily be outside the rest of the day.  Owen wants to show the grandparents how the slip & slide works.

And there you have it – our summer kick off! We are looking forward to bringing our plans to life and giving this summer our best! 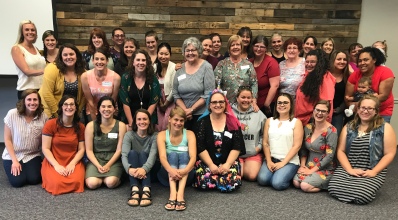 Wrapping up the MOPS & MOMSnext year!

Graham got a bike upgrade for summer! 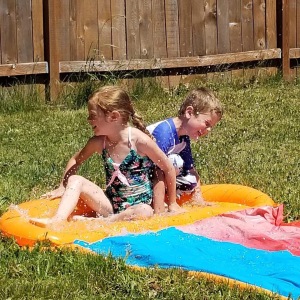 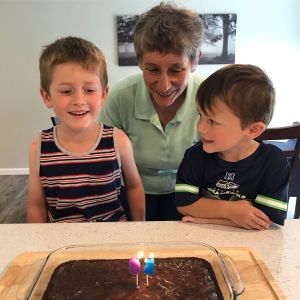 Last Day of Preschool! It’s hard to believe his preschool years are now behind him!

Making his own pizza 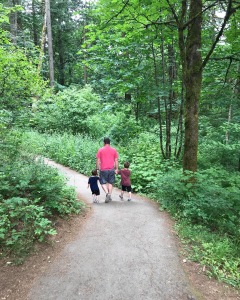 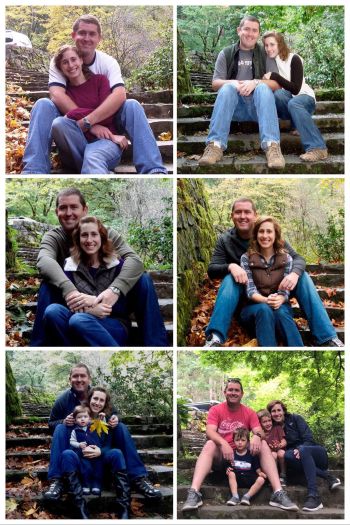 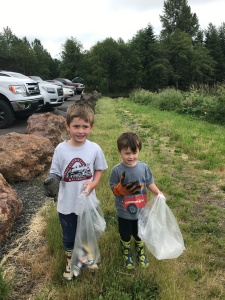 Picking up trash at the park to help our community

A dust cloud wherever they go! This is what adventuring with Dad looks like!

Swinging at the neighbor’s house down the street. 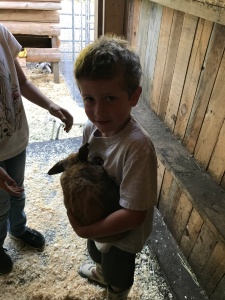 Getting to hold a rabbit

Summer Time Learning – apparently I am the type of mom that makes my kids do schoolwork over the summer. Gotta stay ready for kindergarten!

Learning to draw a chicken – his current favorite animal!