It’s a warm day here and the boys have been enjoying the new pool that Jeremy got them on Friday. We’ve been going full speed ahead this summer –  partaking in all kinds of fun activities. To balance our busy weeks out, we’ve had a few quiet days around the house on Fridays where Jeremy is home to do projects outside with the boys following along like little shadows. I’m able to catch up on the housework. I’ve even been able to read a few books. It’s been a good balance. Instead of detailing all our adventures, I’ll share the pictures below. Hard to believe had so much summer fun already and it’s not even officially summer until Thursday!

Our favorite train park with friends 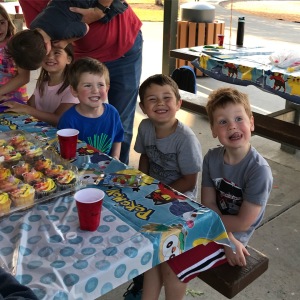 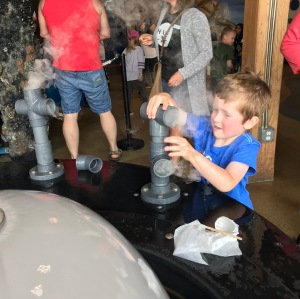 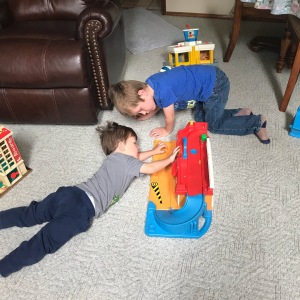 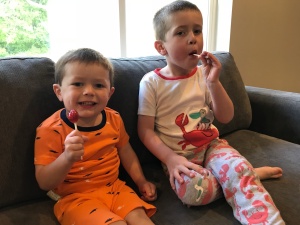 Suckers after buzz cuts. This was Graham’s first and probably last buzz cut. His hair is a little too thin. 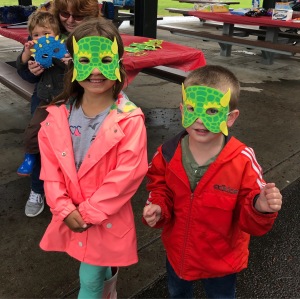 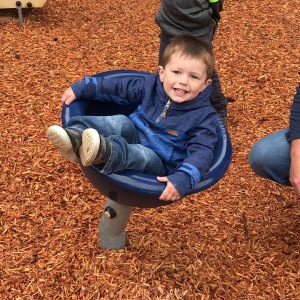 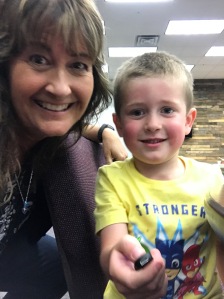 Taking selfies with Pastor Jeannie on a MOPS night. Owen might have taken 336 (not all with Jeannie) while I cleaned up after MOPS.

Wrapping up an awesome MOPS & MOMSnext year with these ladies!

Grandma’s birthday. Owen is always ready to help blow out the candles! 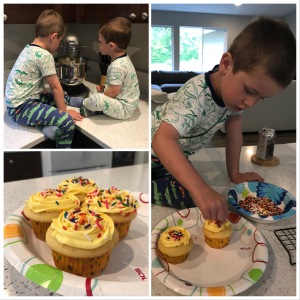 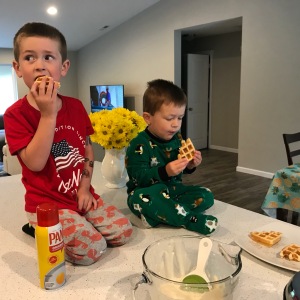 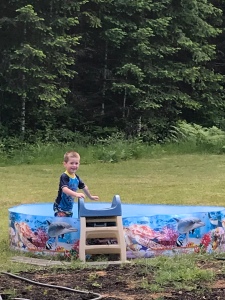 First one in the new pool 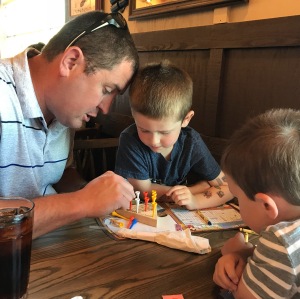 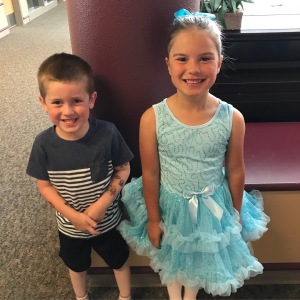 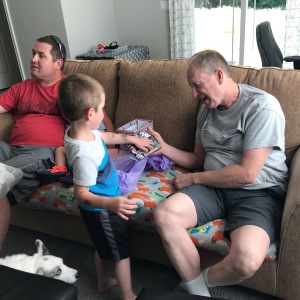 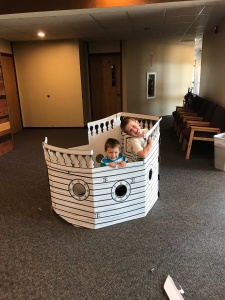 Helping around the church