It’s hard to believe that it’s June! May went by in a blink! Here are the cliff notes on our life…

The house is still for sale. I’ve stopped cleaning it. I was driving myself crazy trying to keep our house spotless at all times. I’m back to my normal cleaning schedule and I’ll do a rush cleaning job if we have a showing. The showings have been few and far between so I’ll take my chances.

Graham is close to crawling. He is currently doing a combo of army crawling and rolling to get where he wants. He never sits still. He can’t be content to sit and play with toys. He has to be always moving. It’s exciting and annoying. I sometimes wish he would just be chill and relax.

Owen is doing awesome in the potty training department. He has been wearing real underwear with no accidents. We have even taken him out on errands in real underwear. He is even dry for naps and in the morning when he wakes up. The big downside to potty training is now Owen wakes up super early having to pee. He doesn’t go back to sleep and peeing in his diaper isn’t an option anymore.

Maybe Owen getting up early wouldn’t be such a big deal, but Graham has decided to wake up 2-3 times a night and I’m back on the what feels like the newborn schedule. Since I’m up so often in the night, Jeremy has been taking the early morning shift with Owen. I really appreciate that. Normally I can’t go back to sleep after Owen screams me awake, but laying in bed is better that being upright.

As we look to June, we have a fun zoo day planned to celebrate two family birthdays. My parent’s house sold and we will be helping them move into their rental house.  We have still have yet to find our new homestead. I’m guessing there will be a fair amount of time spent looking at property this month. Good thing Owen loves romping through nature. The property search is one of the highlights of his life right now.

And that about sums it up. Until next time! 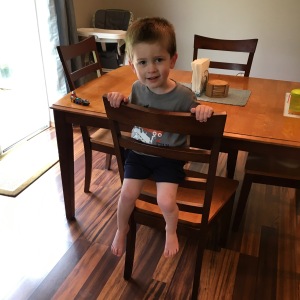 This kid! He took a short fall out of our living room window the same day I found him sitting like this. I guess you have to watch a toddler every second of the day to make sure they don’t kill themselves! 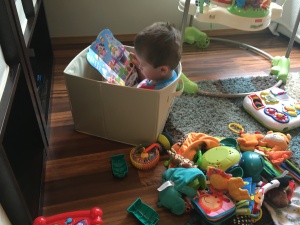 Dumped out brother’s toy bin so he could read in it. 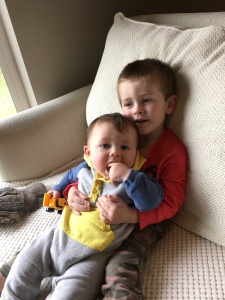 “I hold him tight” 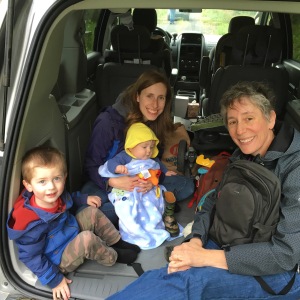 Trying to stay warm during the property search

A leaf, a pine cone and a puddle. Looking at a property is the best! 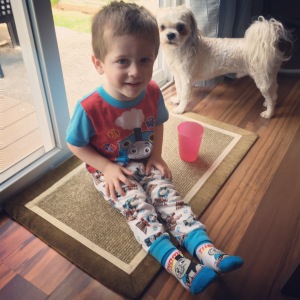 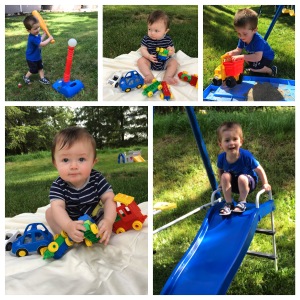 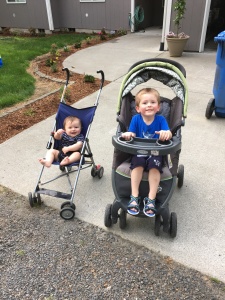 Owen wanted to ride in the stroller too. Too bad this only lasted for a 1/4 of our walk. 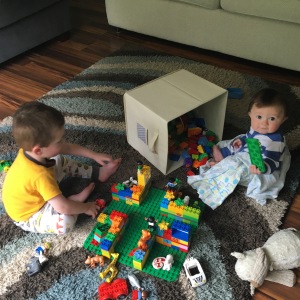 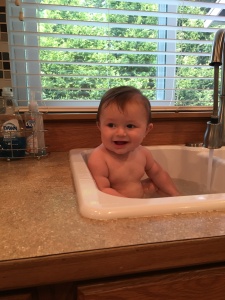 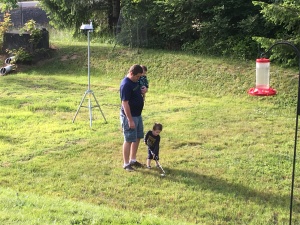 Golfing in the backyard… Or playing “hockey” as Owen calls it!