September is always a unique month in the Scott household. It’s a big transition season with the school year starting. MOPS has started up again. I have a new class of girls at church. Pumpkin goodies are again being stocked in stores. It’s also hunting season which is a major priority to one particular family member. Since I’ve been feeling pretty crummy, I’ve been slightly more motivated to get the last of the baby preparations done. I have the diaper bag fully packed, I have my hospital bag started and I have a to-do list of last minute items that I hope to purchase this week (the main item we still need is diapers since I’m guessing Owen’s size 4 diapers won’t fit his little brother). My hope is that by the end of September, I’ll be completely ready to go for Baby #2. This will allow me to sit on my bum through all of October and not feel the pressure to finish things up.

I’m trying to balance my life right now. Which is pretty impossible. It’s hard to cut down on my activity level when my daily life includes so many weekly commitments like MOPS and church. This week was a bit on the busier side, but for a very worthwhile cause. I got to spend some girl time with one of my forever friends, Christa, on Friday. I realized that it has been months since I sat in a coffee shop and just talked with a friend. It was so refreshing. On Saturday I drove down to Portland to spend time with Christa and some of her close friends. Not only is Christa getting married in the next month, but she donated her kidney today to save the life of a friend. It was a night to celebrate Christa as a bride, but also to honor the sacrifice that she was about to make. Since Saturday was her last day before the pre-op instructions set in, we lived it up. We got pedicures and then went to dinner a local place in downtown Portland. Christa is truly an amazing and selfless individual and I know my life is forever better for her influence and friendship. From the updates I’ve been receiving, it sounds like her surgery went well today. I am praying for her as she enters recovery and adapts to life with only one kidney.

Saturday was also the beginning of elk season so Jeremy had plans to be out in nature most of the day. His mom agreed to watch Owen so Jeremy could hunt and I could go to my ladies night in Portland. The original plan was for Jeremy to pick up Owen and get him to bed. We knew that it would be a later bedtime than usual, but my hope was that Owen would be down around 9pm. It figures on the day that I plan for my husband to put Owen to bed is the day that Jeremy gets a deer. It’s been a few years since my hunter has actually brought home fresh meat so this was big news in our household. Because Jeremy had to come back in and skin the deer and I was driving from Portland, Owen’s bed time ended up being a lot later than I expected on Saturday. On Sunday morning, we ended up leaving church early because Owen was just too tired to be there. He had woken up with enough time for us to get to church, but once I arrived on site, I realized that he wasn’t in the right mood to be there. Oh well. I tried.

Other fun highlights of the month include being a part of Sarah Bessey’s launch team for her new book, Out of Sorts. Sarah Bessey is my favorite blogger so getting to read an advanced copy of her book feels like heaven. Part of being on the launch team involves promoting her book via social media. Don’t be surprised to see a full length blog totally devoted to my thoughts on the book. I’m only able to read a chapter or so a day due to being tired and trying to keep up with a toddler. So far, I’m loving each chapter. Sarah is honest and brave as she shares her faith story and how it has evolved over the years. She has walked some hard roads and grown so much through her experiences. I am thankful that she is willing to share her journey and that I am able to grow through her honesty. She is truly one of my favorite people on the planet. Read her books, read her blogs. She is amazing!

Owen continues to become more and more of a big boy each day. He has completely entered the terrible twos. The level of drama has certainly escalated in our house. The nice part is that even though he has monumental meltdowns, they don’t seem to last too long before he moves on. However, they are extremely annoying in the moment. He has also become clingy on a crazy level. At almost two (and with me being very pregnant), I’m trying to get him to walk on his own more. He doesn’t seem to like this new trend and demands to be held more than ever. Part of me wants to keep him my baby boy forever and the other part of wants him to use his own two legs.  My joke is once little brother arrives I’ll need to carry Owen in the baby carrier since he seems bent on being held. Such a dork. I feel a bit sorry for him that his world is about to be turned upside down, but he’ll adapt.

The rest of the month will be filled with mentor hang outs, a few play dates and hopefully a lot of rest. I’m trying to slow down and keep my schedule low-key. It’s hard to do because I feel like I owe the world 150% and I only have like 25% to give… It’s frustrating, but I know it’s only for a season. With less than a month and a half left, there is a light at the end of the tunnel. I won’t always be sharing my body with a little human. So until then, I’ll just take deep breaths and do the best that I can. Sorry if that means I’m a bum. I have officially quit trying to keep up with life. I’ll just do what I can. 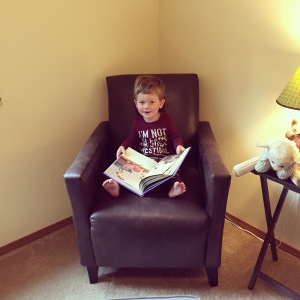 Owen woke up ready to read

Such a big boy – taking the dog for a walk! 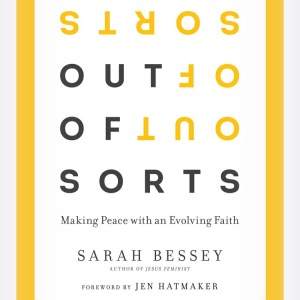 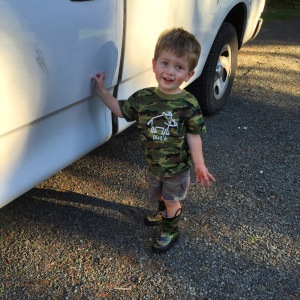 All dressed up in camo and ready to head out into nature with Jeremy. These boys love going on adventures together!

Owen was way too tired to be at church on Sunday. He ended up snuggling with me for most of the time he was in service with me.

This is what happens when the high chair tray of cereal gets flipped over. Owen and Toby are racing to eat all the pieces off the floor. Gotta love my little vacuum cleaners.