On the ferry, heading to Nanaimo

Tuesday morning, we packed up our townhouse house and said good-bye to Steveston Village. It had been a great location, but we were off to see new territory! We were headed to Victoria! Because trips like this don’t come around everyday, my dad suggested that we see some of the Canadian countryside before we reached Victoria. We took a ferry to Nanaimo, which is north of Victoria, so we could spend some extra time exploring Vancouver Island. In Nanaimo, we had lunch at Tim Hortons where the guy at the counter asked Jeremy and I if we were from out of town. We replied yes, that we were from Washington State. He told he thought so because of our accents! Our accents! It was crazy to think that we had accents and we weren’t really all that far from home. That is one of the fun sides of visiting Canada. There are some many different languages and a diverse culture. It’s close to home, but it is different. After lunch, we went in search of some world famous Nanaimo bars. I had never heard of them before this trip, but my dad educated me on what Nanaimo bars are. They are a dessert treat with three layers. The bottom layer is like a brownie crust with coconut and nuts. The second layer in a coconut cream and the top layer is a fudge like chocolate. They are very rich and very tasty! We went to a couple different shops so we could compare and contrast Nanaimo bar recipes. These goodies are one of the highlights of Vancouver Island for me. I downloaded the recipe of the City of Nanaimo website. I plan on tackling my own version of Nanaimo bars in the near future!

Playing at Chapters with Grandma

We enjoyed the drive down to Vancouver. Part of the drive was along the water and very scenic. The trees were changing and it felt very much like autumn was at our doorstep. It was also interesting to drive through a few more towns we wouldn’t have had a chance to visit if we had gone straight to Victoria. We always point out the things are distinctly Canadian and then the things that remind us of home. We got into Victoria and I realized that the second half of our trip was going to be more of a downtown vibe. We got into our condo and settled in. We took off for a walk downtown for dinner and ended up The Cactus Club. Again, this a Canadian restaurant chain, so we had to try something new. The atmosphere wasn’t super baby friendly, but they ended up putting us really out of the way so we wouldn’t bother the other customers. Our waitress really took to Owen. At one point, my mom was walking with Owen around our table and the manager came up and asked if Owen would like a tour of the kitchen. Jeremy took Owen and they went off to explore behind the scenes with the manager. How cool is that? Once we finished dinner we explored a Chapters which is a bookstore much like Barnes and Noble. They have a great kids section and Owen discovered a love for Thomas the Tank Engine toys while we were there.

Trying to get a family photo at Butchart Gardens

Wednesday, was one of my favorite days for outings! We spend the morning at Butchart Gardens. I’ve always wanted to go there so it was a bucket list type day. The gardens were beautiful! I would love to go back and see them in the different seasons. We saw pictures of the different seasons and I’m sure they are always gorgeous no matter what day of the year. I went into the gardens with the hope of getting a real good family shot of Owen, Jeremy and I. I figured this beautiful place was Christmas card worthy. Well… the best laid plans… Owen wasn’t too interested in smiling for the camera, so my ideal picture never happened. Oh well. It was a lovely place to look around. I hope to visit it again. It was definitely worth it! Oh, it’s also worth mentioning that Owen got his first carousel ride at the gardens. I can’t say he loved it. It got turning really fast and it freaked him out… But it was a noteworthy first. Jeremy, grandma and I all rode the carousel with Owen. It’s been probably a decade plus since I’ve been one. Next time I think I’ll just take pictures like my dad!

We got some lunch and made a quick trip to Costco to get dinner supplies before heading back to the condo. From the condo we walked downtown and took a tour of the Parliament Building. Since I’m not too familiar with the Canadian government, it was a very educational tour and I enjoyed it quite a bit. The fun part of the tour was Jeremy was able to get Owen to fall asleep in the baby carrier. Everyone thought it was so adorable to see this passed out little guy on the tour. I think it was the first time the tour guide had put anyone to sleep while talking! We enjoyed dinner back at the condo before we set off again to check out some Canadian stores we were curious about – Canadian Tire (which sells way more than just tires) and Home Sense (a Canadian version of Home Goods).

Thursday was our last full day in Victoria. We visited a local coffee chain called Serious Coffee. Over the course of the trip, we visited three Canadian coffee chains – Waves, Blenz and Serious Coffee. I think Waves won for as the favorite. They had the best hot chocolate and the best atmosphere of the three. Serious Coffee was my runner up. Jeremy got a maple latte or a maple macchiato every where we went! Very Canadian! Once we had our warm beverages, we were off to Craigdarroch Castle. It’s a huge mansion that looks out over Victoria. It was certainly interesting to learn about the Dunsmuir family that live there originally. The castle has been used for may purposes like a military hospital, a college and a music conservatory. The rooms are filled with period pieces and lots of history. The lighting is super dim throughout the castle, so it made it feel a bit eery! We left the castle in search of a nap for Owen and lunch. We decided on a place called The Noodle Box which gave huge servings of noodles. The afternoon was spent looking around Chinatown and few more downtown locations. Thursday night, my parent’s watched Owen so that Jeremy and I could go out to dinner just the two of us. After many meals of trying to balance Owen on our laps and his happiness in restaurants, it was nice to eat a meal without worrying about him. Jeremy and I walked down to the wharf and enjoyed dinner a place called Red Fish Blue Fish. I was very similar to Go Fish in Vancouver. It was a great outdoor eating spot and I didn’t mind that we got sprinkled on by a light rain. We went souvenir shopping after we finished our meal. Then it was time to head back to the condo and pack up for home!

Friday, we loaded up, hit Serious Coffee and went to the ferry terminal. It was interesting to see that if you take a ferry back into the US, they check your information at departure and arrival. We were grateful to back on Washington soil. The drive home went quicker than I expected and Owen slept almost the entire way. It was a great trip full of fun memories and family moments. It was great to get to spend more time exploring the Vancouver area and Victoria has long been on my list of places to visit. I am, however, grateful to sleeping in my own bed again and getting Owen back to some form of routine! Plus, our little bed bug is back in his room and sleeping a lot better now that we’re home. A sleeping baby is a baby is a happy baby in my book and happy baby equals a happy mommy. We love being international travelers, but we love being homebodies just as much! 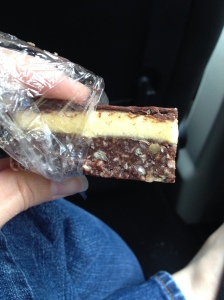 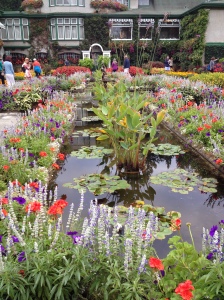 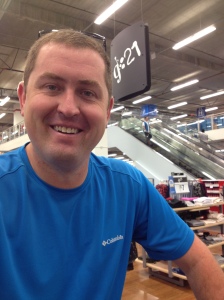 2 Story Walmart! It was huge!

Watching a highlight video of our trip 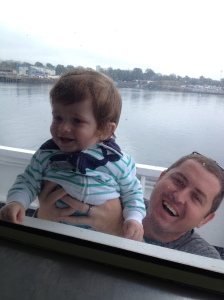 On the ferry, heading home!