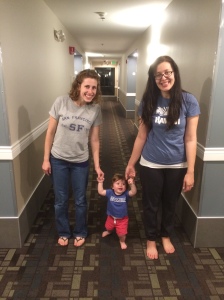 Hanging at the hotel in Bellingham!

After we wrapped things up with staff retreat, our little family took off to connect with my parents. We went straight to their house and did some laundry while we waited for my dad to get off work. The first leg of this trip was to be the whole Vitzthum/Scott/Gallaway clan. My dad had rented a mini-van to hold us and all the luggage. When my sister and brother-in-law got off work, we met up with them for dinner and then we caravaned the rest of the way up north to Bellingham. Originally, we were going to make the trek up to Vancouver, BC all in one day, but my dad suggested going part of the way a day early. This gave us a full Friday in Canada with almost no travel time in it. Driving from Cle Elum to my parent’s house and then up to Bellingham made for a long day in the car, but Owen did really well for the most part. Once we all got settled into the hotel, it was quickly approaching bedtime. Thus, ended one of the bigger travel days of the trip. 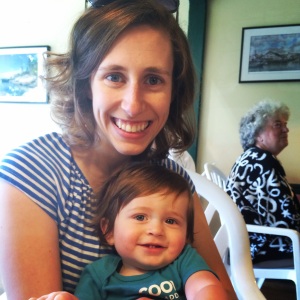 Friday morning, we left the hotel around 9:00am. We purposefully waited until then to avoid commuter traffic at the border. We got through border crossing fairly quickly and we were to our townhouse before 11:00am. We stayed in cute development in Stevenson Village. Jeremy and I had visited Steveston before and knew that it was a quiet and quaint little town. It was nice to stay outside of busy Vancouver. The village had a lovely river walk that we enjoyed often while there and it is the filming location for our favorite TV show, Once Upon a Time. I was really excited to share this with my sister because she loves the show as much as Jeremy and I do. Our first order of business once we got settled into the town house was lunch. We walked downtown and ate the location of Granny’s Diner for the show (really known as the Stevenston Cannery Cafe). We wandered around town and showed April some of the key filming locations.

We spent the afternoon driving into Vancouver and visiting the public market at Granville Island. There were lots of sights and sounds and smells to take in! The market has so much to offer. We walked from the market to dinner at Go Fish. This little seafood shack on the river was a fun find from Jeremy and I’s last trip. It was very tasty! I really love salmon fish & chips! 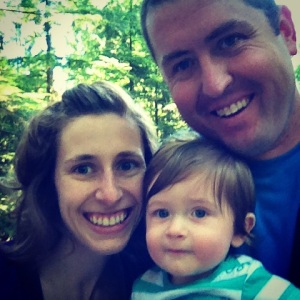 Saturday, we went to the Capilano Suspension Bridges. This park boast one massive suspension bridge, a treetop walk, a boardwalk and a cliff walk. All of the different experiences were a lot of fun. The suspension bridge wiggled a lot more than any of us expected. It caught me off guard! The treetop walk was like walking from tree house to tree house using small bridges. The board walk offered lovely views of the sunny forest and the canyon. The cliff walk was a set of steel bridges that followed the length of the cliff. The views were great and the weather was fantastic. It was a great day to be outside enjoying nature! After the bridges, we drove around Vancouver. We took a look at Chinatown, we wondered around Safeway looking for goodies we could only get in Canada and then we headed to the Metropolis at Metrotown, which is a huge mall! The last time I was there, we didn’t get to see all of it, so now I feel like I have officially conquered it! The rest of the evening included dinner at the townhouse and then a walk into town for mini-donuts! What a yummy dessert!

Sunday, we went to a small hole in the wall joint called Waffle Gone Wild for brunch! It was very tasty. I got a banana nutella waffle and it was yummy! This was the day that April and Andrew had to head back home so we went back the house to say our good-byes. During this good-bye period, we became aware that Andrew had lost his wallet. Originally we thought that he had left it at the house, but as we turned the townhouse upside down no one could find it. Things started to get a little panicky when a neighbor saw Andrew outside and asked if that was his wallet. The neighbor had found it earlier that morning! We were so thankful and April and Andrew were still able to hit the road on time!  After the Gallaways took off, we turned around and drove outside of Vancouver so we could see the Point Atkinson lighthouse and the view Cypress mountain. Both sights were lovely (minus the traffic and Owen screaming in the car and a massive blowout diaper – those were the not so lovely sights).

Monday was our last full day in the Vancouver area. We went back to Granville Island to explore it when it was a bit quieter. We got some souvenirs and then took off to explore new territory. We stopped at A&W for lunch so my dad could relive the good ol’ days. Apparently, he ate at A&W a lot when he was a kid. It was fun because they served us our sodas in frosty mugs. I even got poutine with my meal which is french fries, cheese curds and gravy. It’s a big thing in Canada, so I thought I would have a try at it. It was very filling! After lunch we visited Trinity Western University. TWU was a school that both April and I had considered going to. It was fun to explore some of the suburb cities like Langley and Abbotsford. Monday night was leftovers at the townhouse and packing up so we could depart the next day.

There were lots of crazy random things that happened during our stay in Vancouver. Apparently the townhouse has a switch for the hot water heater that is on the wall in the half bathroom. That switch got turned off so Dad and I had no hot water by the time it was our turn to shower on Saturday. That was an interesting adventure. For the longest time we couldn’t figure out where all the hot water went, but our guys are resourceful and finally figured it out (not until evening though). On Friday, while at Granville Island, we saw a cyclist trash in the middle of the road. My mom being the nurse went to her and and stayed with her until she could get up and off the road (which was a long while). We got stuck in tons of traffic in the Vancouver area. They have lots of 5 lane roads that merge down to one lane for bridges or tunnels. I think my dad might have a new found hatred of driving in Canada thanks to all the traffic!

I really do love all the things you can do inside and outside of Vancouver. The Capilano Suspension Bridges were a favorite highlight for me. All the food was great and I was happy that we tried a bunch of places we don’t really have here. I munched on many a Canadian candy bar just because we didn’t have it at home. We also got Tim Hortons doughnuts. The group wasn’t too impressed with them, but I thought they were good. I like doughnuts and Tim Hortons are everywhere, so it was nice to say we tried it!

Well, that about concludes Vancouver! Stay tuned for Victoria! 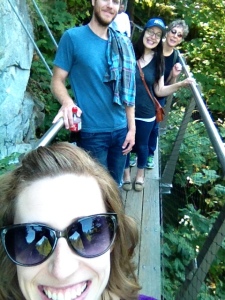 Cliff walk selfie with the fam 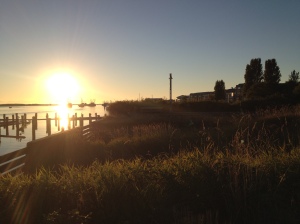 Sunset walk on the river in Steveston Village