I found myself daydreaming yesterday as I laid down for my afternoon nap. I really haven’t given too much thought to what our little guy might look like. If I was perfectly honest, I think most newborns look funny. The only ones that I’ve gushed over being super cute are the ones that I have a personal connection to. For example, my niece and nephew were some of the cutest newborns I’ve ever seen. For the most part, though, newborns just look a little weird. I’m not a huge fan of the newborn phase anyway because I’m worried I’m going to break them. But… I will soon have a newborn around this house and I wonder who will he favor in appearance. Will he look like me? Will he look like Jeremy? Will he look like an alien until he grows into his features? I really hope for his sake that he looks like Jeremy because Jeremy was an adorable little guy. I guess we’ll just have to wait and see! Until then, I thought I would post some pictures of Jeremy and I from our little days and give you some visuals of what genes our little guy has to work with! 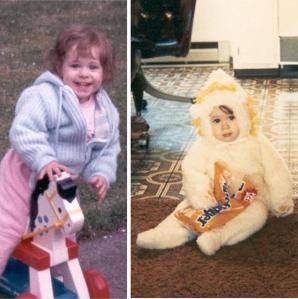 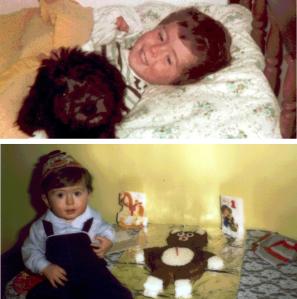