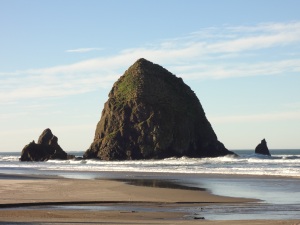 My wonderful husband surprised me on my birthday by telling me that he had planned a weekend away at the beach for the two of us. He had already found a dog sitter and made the reservations. It was a great surprise and I was looking forward to our trip. This last weekend was the weekend away that he planned. It was neat to stay at a new place in Cannon Beach, OR. We stayed at the Surfsand Resort. The best part of this hotel is the beachfront rooms are super close the lovely Haystack Rock that Cannon Beach is known for. Also, the room had an amazing soaking bathtub and I was able to enjoy some amazing bubble baths. It was a very special treat.

I was super excited for our trip, but by 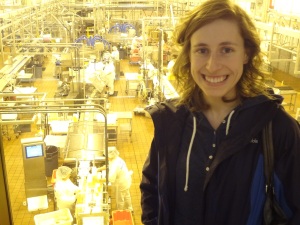 the time it rolled around my hubby was super sick. Poor Jeremy had a fever between 100-103 the entire time we were away. This made our trip a little more on the quiet side than we expected. Jeremy didn’t want to head home to rest. I guess he figured resting at the beach would be just the same. It was beautiful weather the entire time we were there. It was sunny and 60 most days. That weather is a treat in June let alone in February! It was sort of a miracle in my book! Even if we weren’t out on the beach as much as usual there is still something refreshing about watching the waves crash into the shore on a lovely sunny day.

Now, there are things that must be done while one is at the beach… at least in Jeremy and I’s humble opinion. I thought I would share with some of the things we love to do each tim 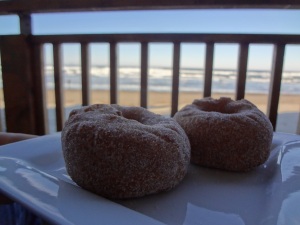 e we visit. First off would have to be lunch or dinner at Mo’s. Best clam chowder! In a sourdough bread bowl! Enough said! It’s perfect! Normally Mo’s is packed with seafood loving foodies, but we were amazed to find that including us there were only 6 customers in the entire place. That’s what you get for going on a Thursday night in February. It was crazy! The next must stop place would be breakfast or lunch at Pig’N’Pancake. I love breakfast for any meal of the day and this pancake chain is one of my favorites. There is always a stop in at the Cannon Beach Bakery. Jeremy gets a loaf of their apple cinnamon bread every time. I’m a fan of their donuts and many other sugary sweet goodies.  If we’re at the beach for more than one day, we love to take the drive down to Tillamook for a tour of the cheese factory. I have taken Jeremy to the cheese factory two times before and both times the plant was closed for maintenance. 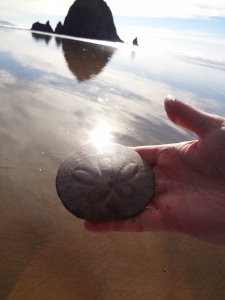 You can still get in and get samples and buy cheese, but there is nothing to observe. This time it was not only up and running, but we had the whole observation deck  to ourselves! It was great. We bough some squeaky cheese (cheese curds) and had a blast having the place to ourselves.

Normally we’re only at the beach one day so that means Mo’s, the bakery and P’N’P fill up our meal needs. Since were there a couple of days, Jeremy and I got to try some new places. The first would be Pizza A’Fetta. We went there because they sold pizza by the slice. I had a triple cheese pizza slice that was very tasty. I’m not really the type of person that rates pizza… to me it’s all good usually. I was informed though by the waiter that they are in the top 50 pizza places in the US. Pretty cool. The other place we went to for the first time was the Lumberyard. The food was good. I had fish & chips and Jeremy had a turkey pot pie. The highlight for me was their bumbleberry cobbler that I had for dessert! Very good!

The trip was still a lot of fun even though Jeremy moved at a slower pace than normal. We watched the sunset on Thursday and took walks each day. Jeremy went out at low tide and collected 31 sand dollars. I thought that was pretty impressive! It’s hard to beat a sunny, warm weekend at the beach. It was a great surprise and I’m so glad we went!